Creation of the Centre 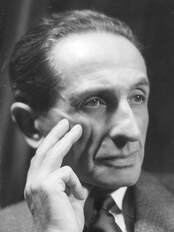 Emile Bernheim
At the end of World War II, the need for a better communication between the business world and academic institutions became obvious. The Solvay Business School was the ideal setting for such a coming together. Professor Emile Bernheim, a visionary, was concerned with the reform of business education. As far back as the 1920’s, he had begun planning the creation of a research centre dedicated to the academic study of management.


On the occasion of Bernheim’s professional jubilee, the Board of Directors of Innovation (One of the main Belgian department stores.) decided to allocate him 150.000 Belgian francs, which he gave to the School and to ULB as a grant for the creation of a business research centre (As mentioned by Muriel Constas in the book “Solvay Business School: 1903- 2003”) .” Hence, in 1952, the Centre Emile Bernheim for Business Studies (CEBEA) was born as a ULB research institute. The management of the Centre was originally entrusted to a close relative of Emile Bernheim, Professor Emile Dassel.

A reputation of excellency

Until the death of Emile Dassel in 1985, the Centre’s activities were dedicated to consultancy tasks and specialised workshops for which it acquired an excellent reputation. As years went by, the members of CEBEA worked on the management of human resources and firm organization as well as on marketing, finance, and technological innovation. The focus was put mainly upon the practical side of the research, with little attention to theoretical aspects.

After the death of Emile Dassel, the CEBEA fell into a state of lethargy. Then, under the impulse of Marie-Christine Adam and André Farber, successive Presidents of the Solvay Business School, negotiations were engaged in order to revitalize the Centre. The active support of the Bernheim Foundation (For more information on the activities of the Bernheim Foundation, please visit the website: http://www.fondationbernheim.be ) was essential for the progress of the situation. The first concrete step appeared in 1996, when the ULB provided a house located at 21, avenue F. D. Roosevelt.
​

Marie-Christine Adam, André Farber and Ariane Szafarz set up the Centre in its own premises, where professors and researchers were assigned to develop poles of scientific excellency. The decisive aid of the Bernheim Foundation allowed recruiting high-level researchers through FNRS-Bernheim grants on the one hand, and maintaining the administrative framework of the Centre, on the other hand.

Quite an impressive way

The way covered in a few years is impressive on many regards. Now called CEB (Centre Emile Bernheim), the Centre maintains its traditional links to entreprises thanks to its centres of excellency and consultancy activities in different fields, for private and public institutions, Belgian and international (EU, World Bank, etc.). However, fundamental research is also at full throttle. The CEB currently counts 199 members grouped in 8 thematic departments, publishing in the best international journals and taking part in congresses, conferences and academic teaching worldwide.
​
by Kim Oosterlinck
© 2022 CEBRIG